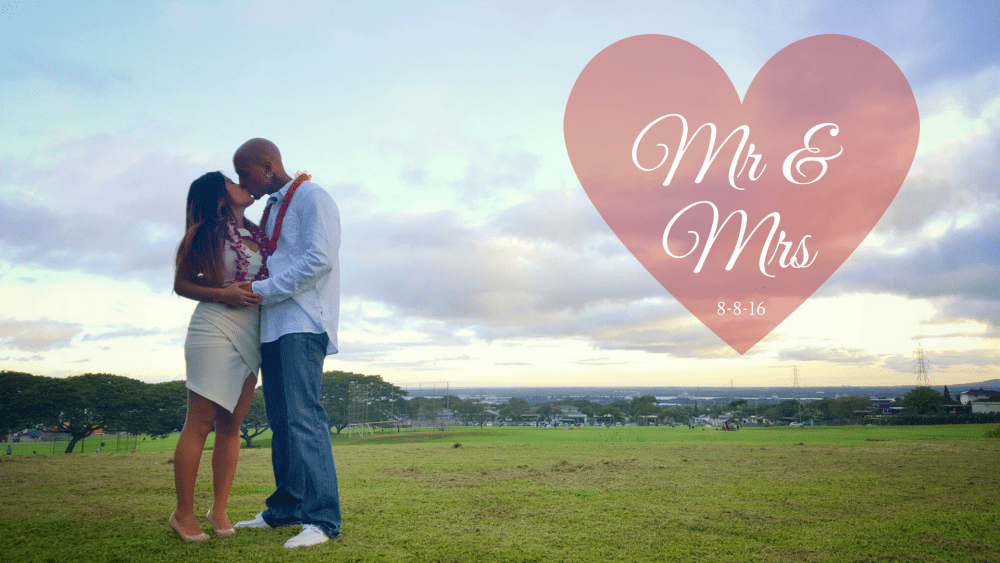 We Eloped in Hawaii!

On the 8th August 2016, I married Ryen (The Hawaiian) – my best friend and the man of my dreams. Mahalo to everyone who has shown us love and support in celebration of our special elopement. Here’s the breakdown of what happened, then why the how and everything in between.

It was just over 2 weeks since we first met that we started dating (all the details of that is in my previous post of how I met the love of my life in Hawaii) and it was the 2nd or 3rd day that I got home and my Grandma, asked: “So if Ryen asked you to marry him, what would you say?”

Without hesitation, I said I would marry him. I just knew. He was the manifestation of everything I had asked for and more. He felt the same about me. So we knew very early on that we would spend our lives together and after 9 months of dating in July 2016, we talked about it.

“What does that mean?” he asked. I laughed and sent him the definition. He thought it was pretty romantic and sweet. He smiled and agreed. “Let’s do it!”

This way, it can just be about us. We could strip it right back to the core of why we’re together. We treat each day as though it’s our last; why wait? Why not just remove self-imposed barriers like money, time, other people’s schedules, venue availabilities, etc?

Ryen has a big heart and a gentle soul, with creating a family being his key priority whereas I’m more practical and independent and could just as easily stay single for the rest of my life. But when someone loves you so much despite everything, it really changes you. We got through some really hard and trying times where we showed each other the most vulnerable parts of ourselves that we didn’t know existed. So if you can make it despite all that, you better cherish them.

I remember during some of these tough times, he would tell me that I’m all he has in his life and his only goal is to make me happy; it broke me down and made me realize how much I wanted to live for this man and give him everything his beautiful soul deserves. He is adamant that if anything (heaven forbid) happened to me, he would have no reason to live unless we had a family together. He would never remarry and never ever be interested in another woman.

I believe him, because of how he is (I should write about this in a separate post) and so I’m even more motivated for life – a life with him.

So with just 10 months and 1 day of dating (and not even 11 months of knowing each other), we decided to get married.

HIs birthday is 11th July and mine is 20th August. I figured if we were to marry in a few weeks time, a date between our birthdays would be good, also the number 8/8/16 adds up (ha) and 8 has always been a lucky number for me. Plus, we can write the same date in both Aussie and American date formats (side rant, the whole MM/DD/YYYY is so stupid, it isn’t logical and I don’t understand it along with their measurement systems).

Not wanting to spend as much as we were going on holidays later in the year, we decided to minimize all costs and save it for our bigger ceremony with family and friends. We spent about USD$500 total, the majority of it really wasn’t that necessary either:

$150 – mani/pedi for both of us. This went from a $30 mani/pedi special that went overboard when I added Shellac plus some nail designs and some designs for him (although he got his toes airbrushed for free because he made the nail technicians laugh during the 2.5 hour session) plus tax and tip. We went to Essy’s Nails in Pearl City and highly recommend them (that’s a story for a whole other blog post!) They even put a photo of my nails on their Yelp page and said “Nice to meet you guys!! And congrats!!! Sweet couple!” 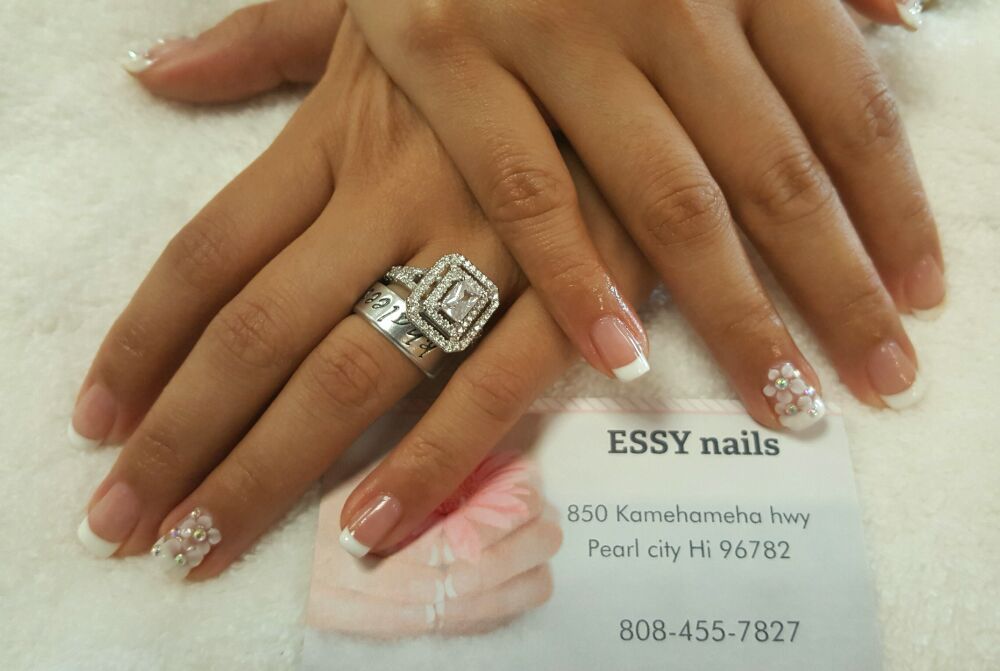 Ryen got the date of our wedding on his right hand, then our initials on his left. His toes say 808 (Hawaii area code) and “BOW” on his big toe to reference “Bow Toe” which means penis in pidgeon/local slang. He’s crazy.

$65 – marriage licence (paid to the State of Hawaii)

$40 – engagement and wedding rings. We got sized at a jeweler then I just bought a few different ones online that we could choose from. The first ones we got were the Khal and Khaleesi engagement rings, handmade and a token of our Game of Thrones obsession. He chose the black tungsten Superman ring as his favourite which cost just over $2. The other rings I can resell on my eBay store so we’ll actually make a profit, maybe enough to cover the entire wedding celebrations

$60 – dinner that night at Cattle Company, a place he’s been to before so he knows it’s safe (he’s allergic to shellfish and we ended up at the ER one night after Teppanyaki in Waikiki, another blog post to come!) We shared a huge steak and got a free dessert, it was pretty good 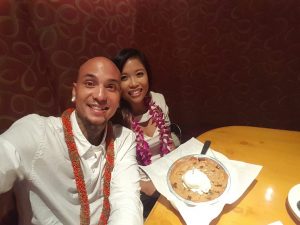 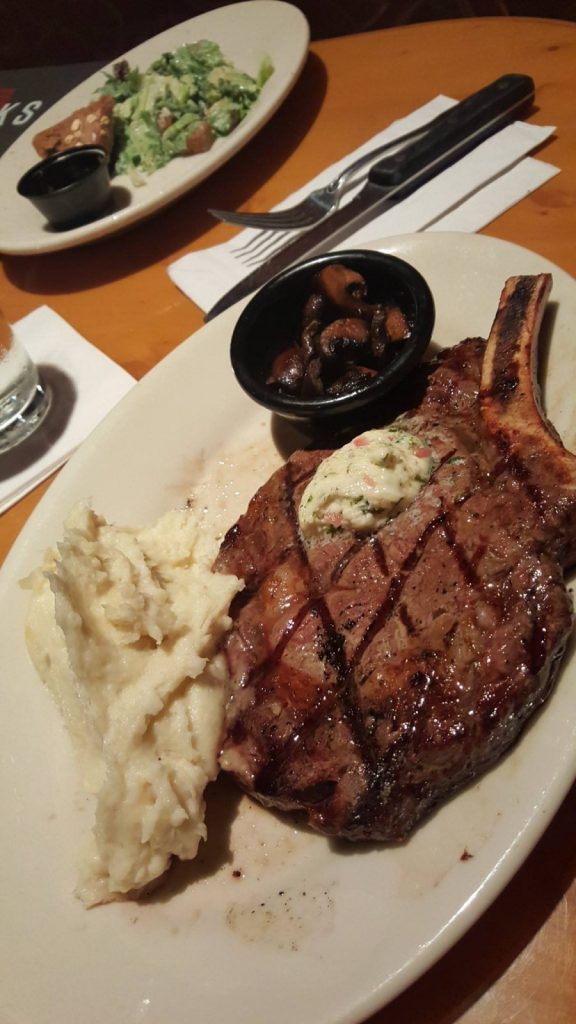 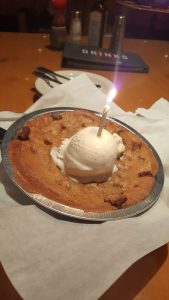 $40 – leis for the ceremony. It wouldn’t feel like a Hawaiian celebration without them

We didn’t really have to do much before the wedding day, just get our marriage license and book the marriage celebrant. I wore a white dress I bought back in 2014 to wear for my work Christmas party, but on the night decided I didn’t care and just kept my work clothes on. So I had never worn it since then and was glad I brought it to Hawaii. I had nude shoes I always used for work that I bought too.

I tried to style my hair with some soft waves at the front but it was so humid and my hair was not cooperating. Luckily Ryen kissed me and told me it doesn’t matter because I look beautiful anyway. For makeup I just put on some concealer, light face powder, some mascara, white eye highlighter and then tidied up my eyebrows; real simple and natural looking.

So Ryen doesn’t own white casual shoes, or an iron so about an hour before the ceremony, we went to Ross’, a discount department store. He quickly found white canvas shoes for $22 and a matching long-sleeved white shirt for $8 and we were on our way to get the leis.

There were two colour options since we got to the florist just before they were closing – orange (his favourite colour) and purple (a nice contrast to my white dress).

Then we drove to the ceremony location which was a park overlooking Pearl Harbour and was only 5 minutes away from our apartment, as well as the marriage celebrant’s house. So it was real easy.

It just so happened that Rev James just bought one of those 360-degree cameras and was willing to try it out for our ceremony. I was just going to film the audio on my phone but this was a blessing. He was absolutely brilliant and we highly recommend him to anyone looking to get married on Oahu. Everyone else we tried calling never called us back, really unprofessional.

He usually had 2 waterfront locations to choose from but because of the recent tropical storm, they were dirty and full of bacteria so he chose a nearby park. There were old people doing Zumba in the park’s hall and kids playing soccer on the other end. It was random but the storm had cleared up and we were happy to see a rainbow through the light summer showers. We’ll save the beach wedding for the bigger ceremony.

Ryen decided to take my last name as his, as he grew up without a father and feels a lot closer to my extended family who he’s known for a while, which is really cool. My grandma thinks it’s hilarious and says he’s like the woman in the relationship now.

Here’s the video, just move it around to see the 360-degree views. 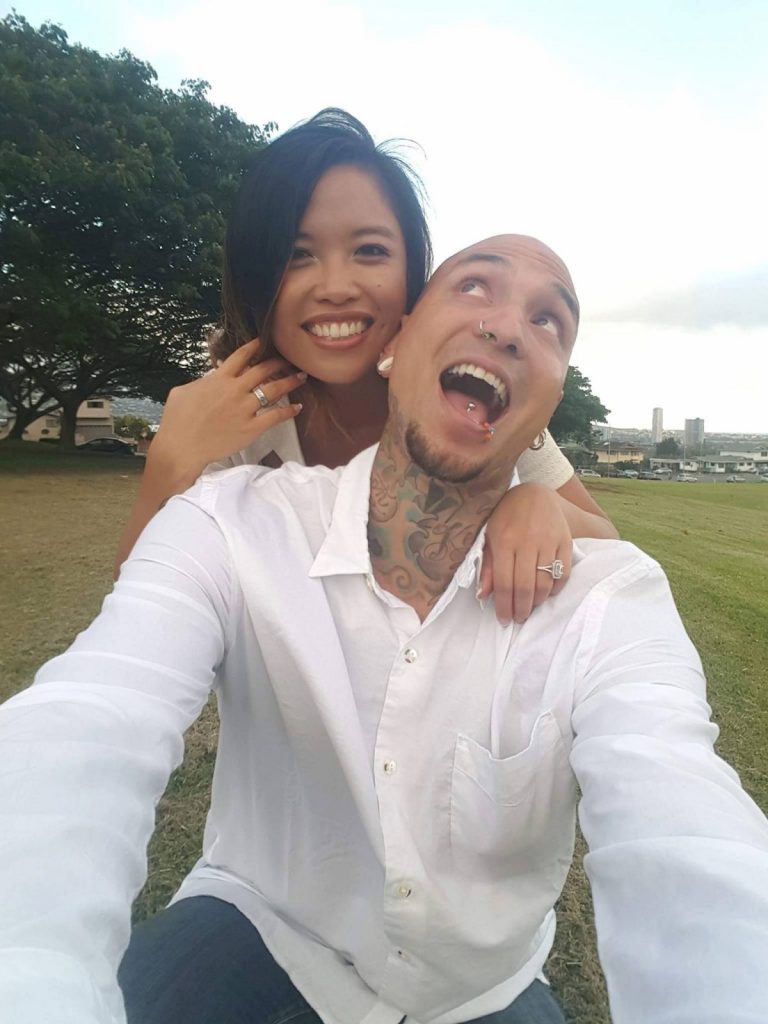 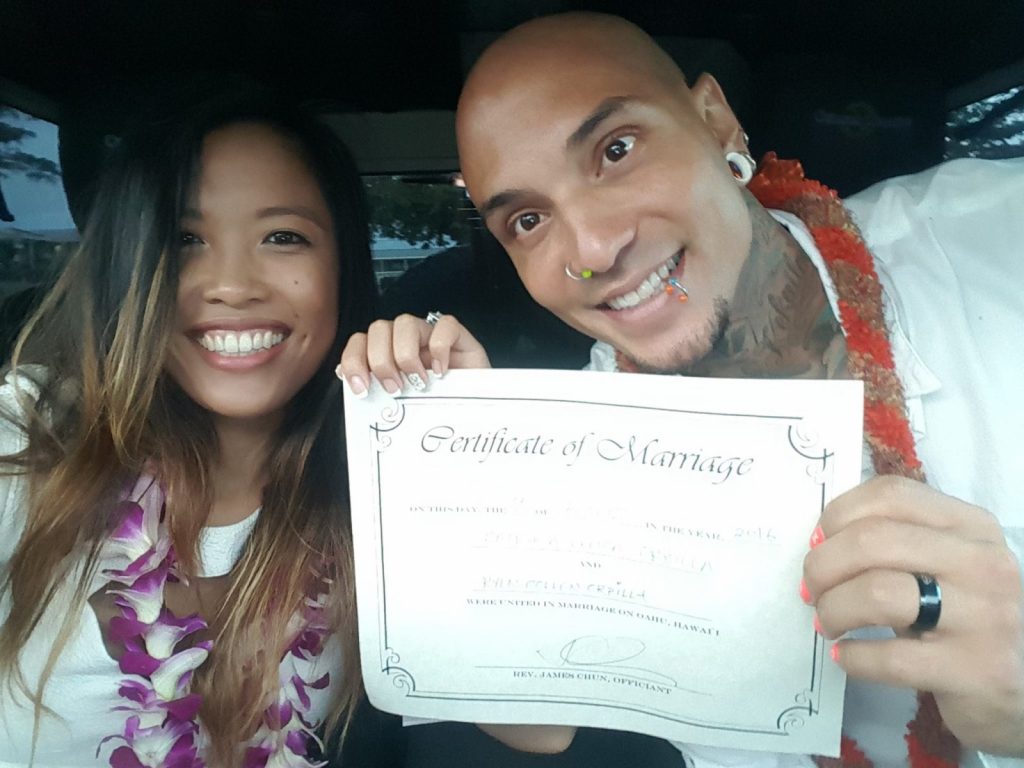 We relaxed at home for a little, responding to everyone’s messages after we posted the news and one of my life friends, Pauler face timed me for a while which was nice. I can’t wait to celebrate with everybody.

Then we had dinner nearby, shared a steak and dessert and went home to sleep. Ryen had to work at 6am that morning and again the next morning so it was important for him to recover after such a long day.

We’ll plan it sometime later. I don’t mind whether or not we have one, but my mum really wants a Hawaiian wedding and it’ll be nice for our families to meet for the first time. We’d want it to be very traditional Hawaiian with a Hawaiian minister and a luau with Hawaiian food, hopefully at a nice beach location.

At the end of it all, this experience was a great intimate one for us and relatively stress-free. You cut out all the bs and make it about you and your forever love, with the option of having a bigger celebration later down the line. I’d rather use the money to travel and show this Hawaiian what else is out there!